I feel like I’m starting to get behind on keeping up with current events, and the last two weeks were pretty amazing, so here goes. It’s a long one, go get a snack!

April 5th, I left school early and headed to the airport to fly to Warsaw for the Learning 2 conference. It was my first time in Poland, my first time at this particular conference, and also my first time flying by myself in about 5 years. And by “myself”, I don’t mean there was no one else on the plane (even though that’s what this picture makes it look like) but that there was no one I knew flying with me. I’ve flown without Ryan and the kids several times in past years, but it’s always been for school events, so I’ve been with colleagues, or fellow coaches, or even students. This time, it was just me, solo mio.

I won’t lie, I really enjoyed it. Headphones on, jamming to Hamilton, took a little nap, binge watched some tv (totally grooving on being able to download episodes Netflix!) It was a very decent couple of hours on a plane.

Warsaw was beautiful when I arrived. Sunshine and a bit of a breeze, spring was definitely in the air. And it was a very pleasant bus ride to my hotel in the center of the city. 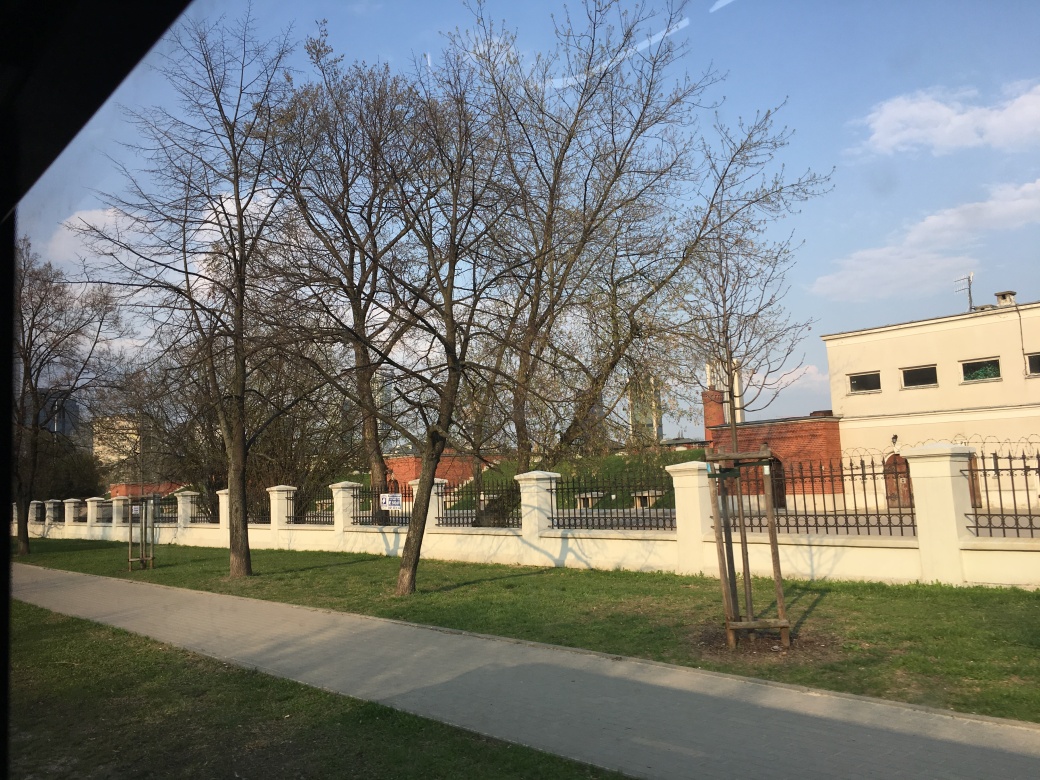 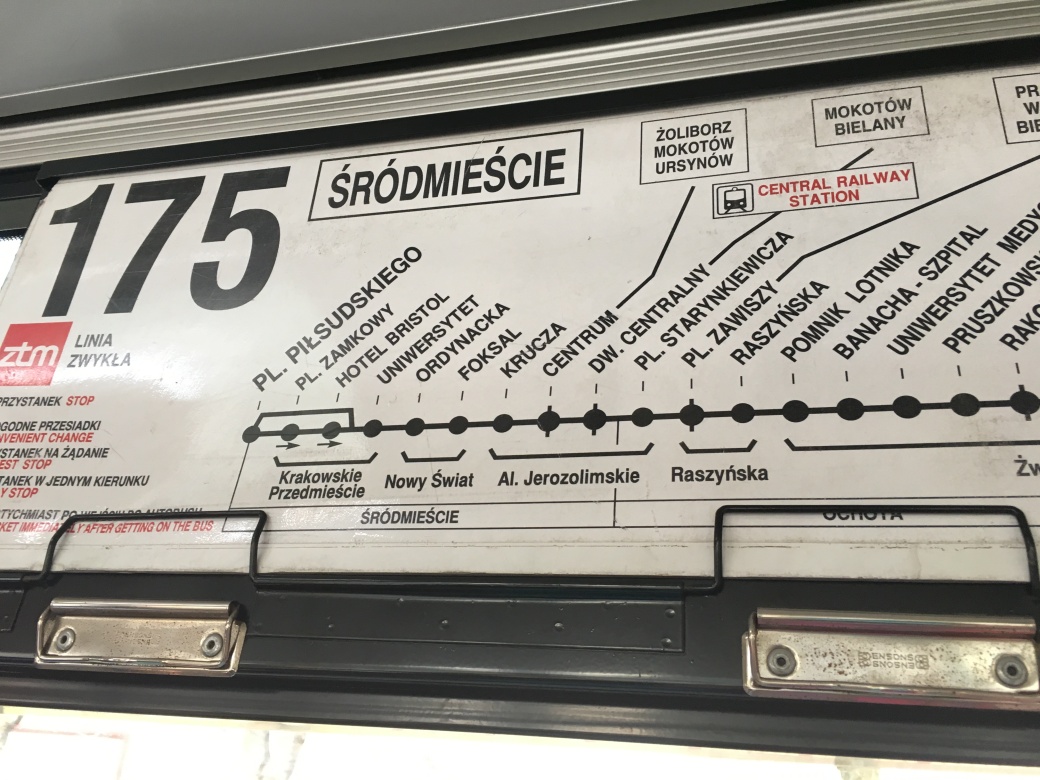 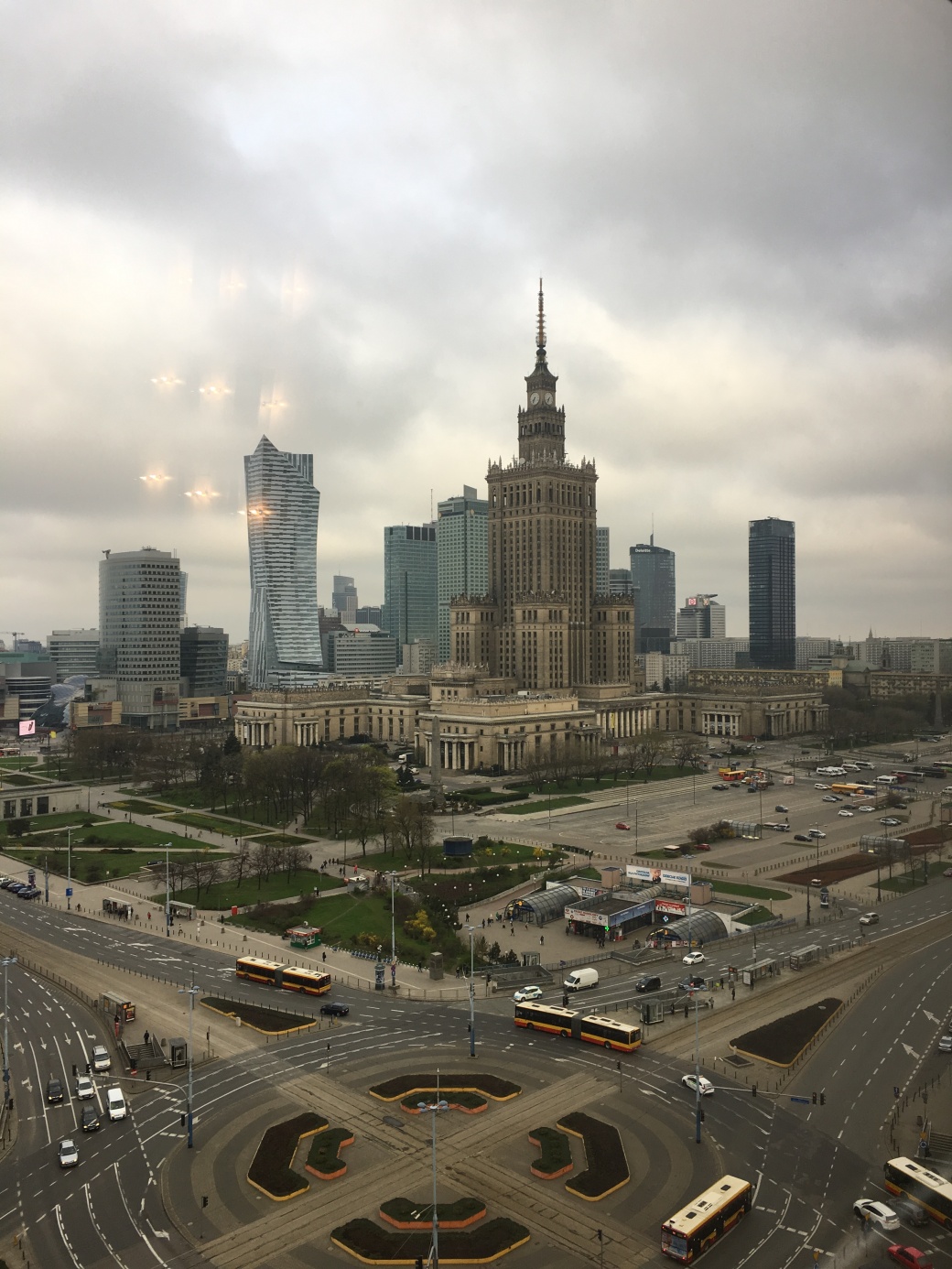 There was even a seven sisters look alike right across the street that was built by Stalin. But it’s not a very popular subject in Poland. Their World War II memory is very strong, with good reason, since they went through so much during the war.

Our friends Denny and Maria from Cairo are working at the school in Warsaw, and I was able to hang out with them a few times while I was there. They took me on a tour of the old town, introduced me to some excellent traditional polish dishes (both food and pottery) and walked me around some of the landmarks of the area. 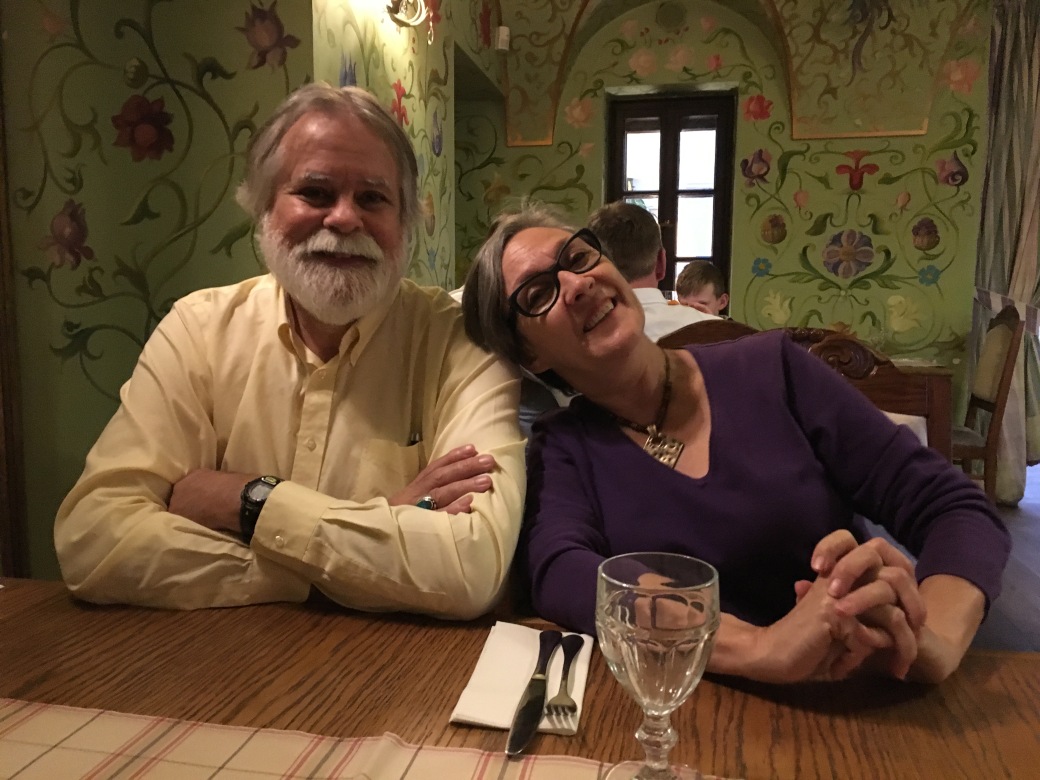 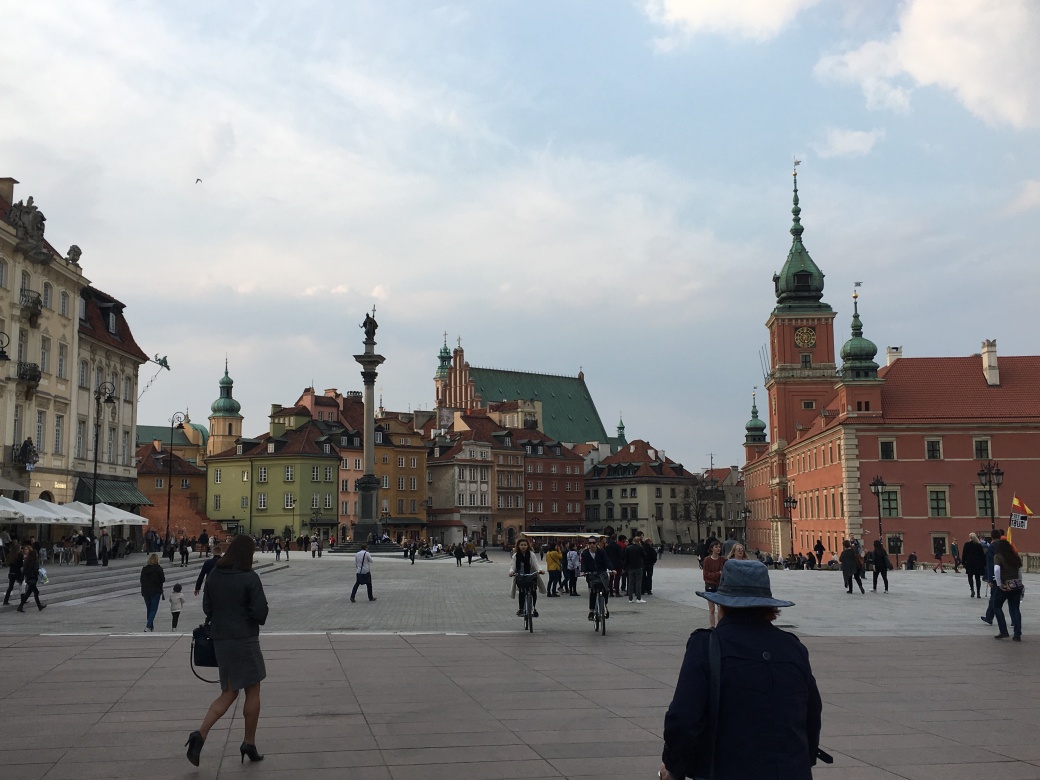 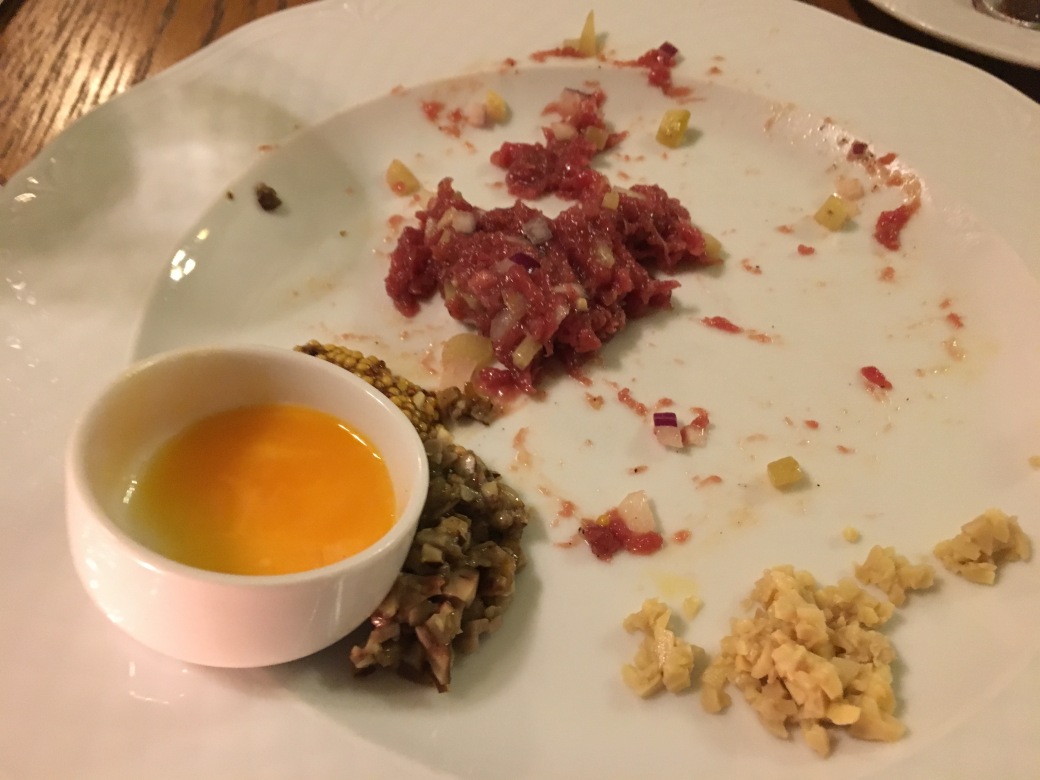 This was tartare, a french inspired dish that was basically raw beef mixed with egg, garlic, mushroom, onion, pickles and mustard. It tasted good, but looked pretty appalling. I think I might have enjoyed it more if I hadn’t seen it first.

Statue of Madame Curie (who was polish) celebrating her Nobel Prizes and contributions to science. She overlooks the river, and the view is very beautiful, even at night. 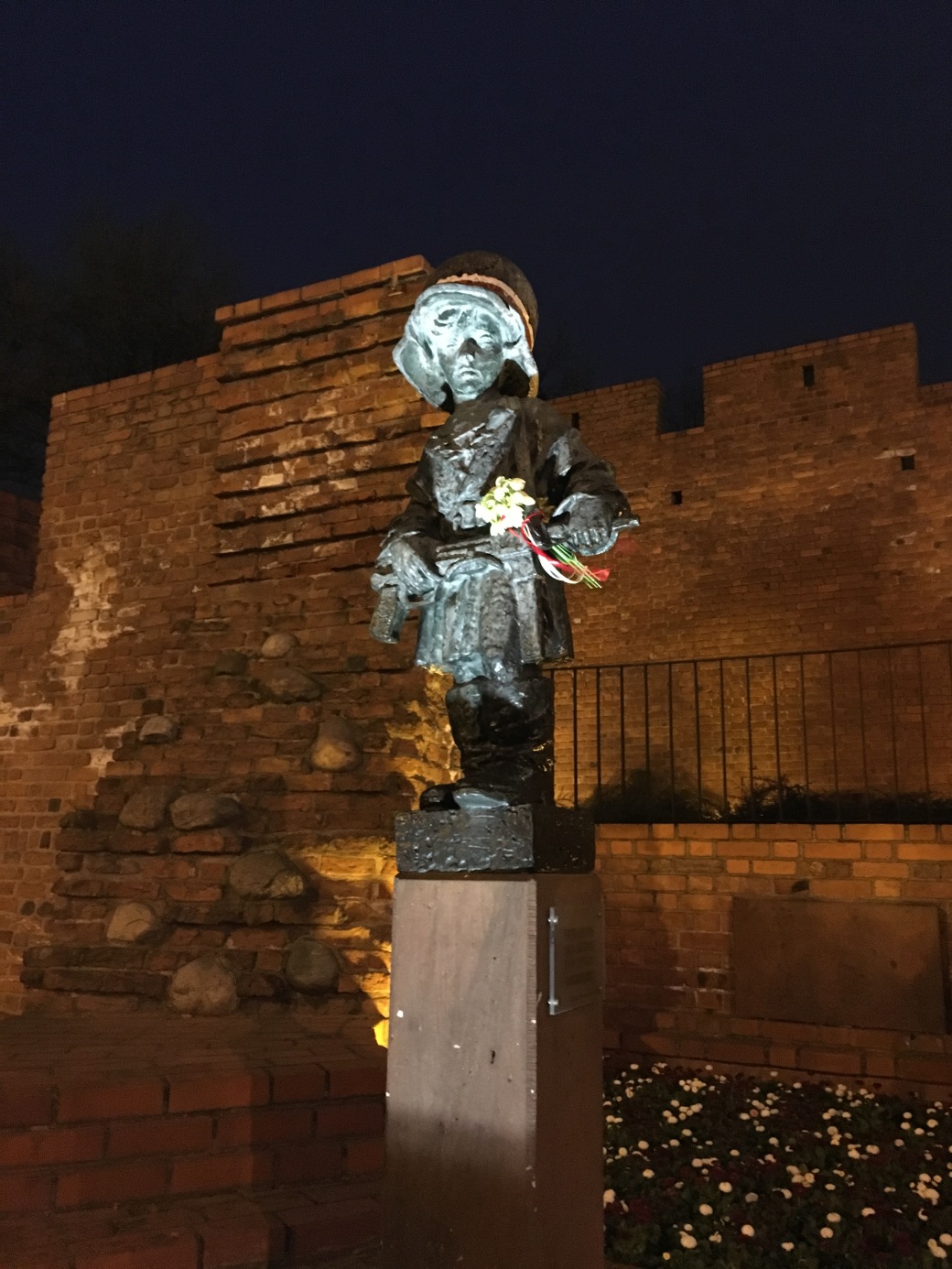 Multiple WWII statues and landmarks all over the city. This one represents the children who died in the siege. 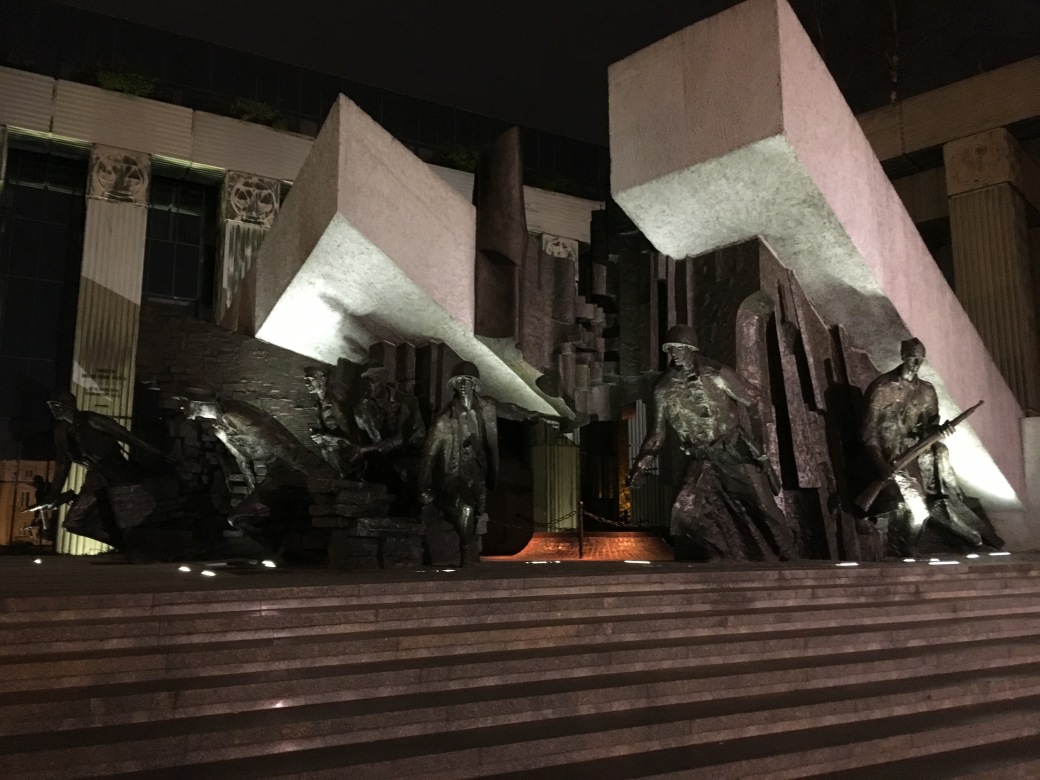 My trip to Warsaw was for a Learning 2 conference, and it was good. I met a lot of interesting educators from schools all over the world, got time to collaborate with my fellow tech integrators at our school, and had several moments of inspiration and a renewed energy to do more. I expected it to be more about technology, but probably the biggest takeaway workshop I attended was by Elizabeth Perry from the International School of Prague and was all about including play and tinkering in secondary classrooms. She also really inspired me with a talk she did about improving by doing something badly, but continuing to do it anyway. She started doing a drawing a day, everyday, 20 years ago and still continues now. It really inspired me that we should all be continuing to keep trying to become better at anything we want. 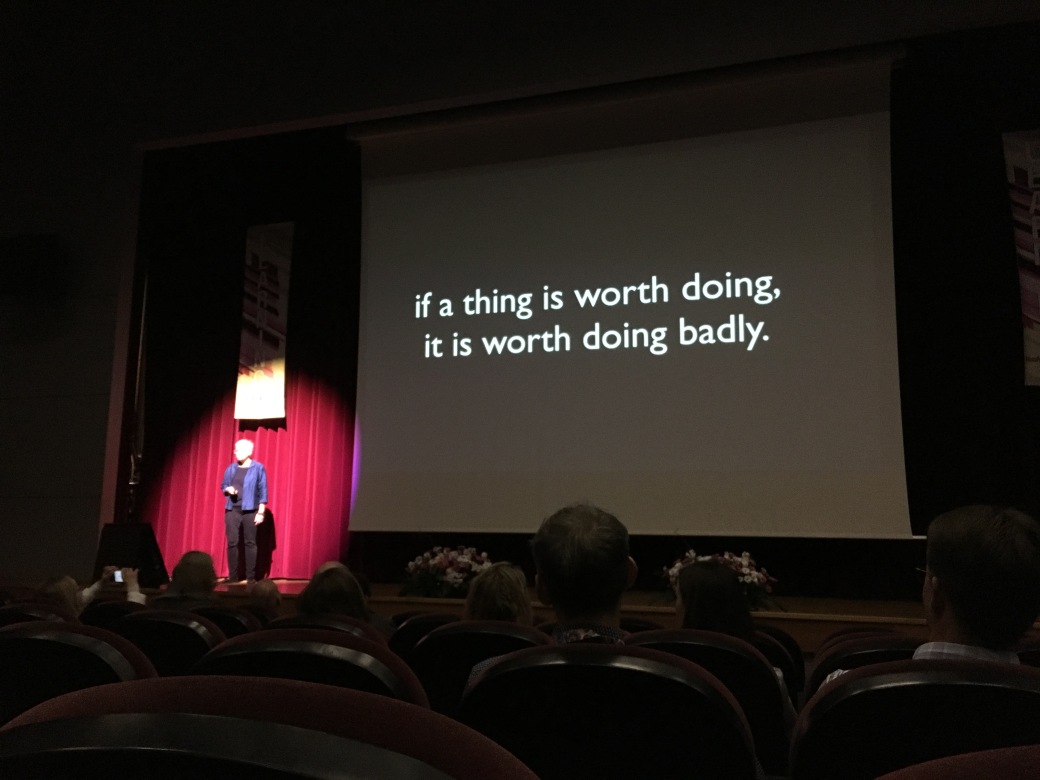 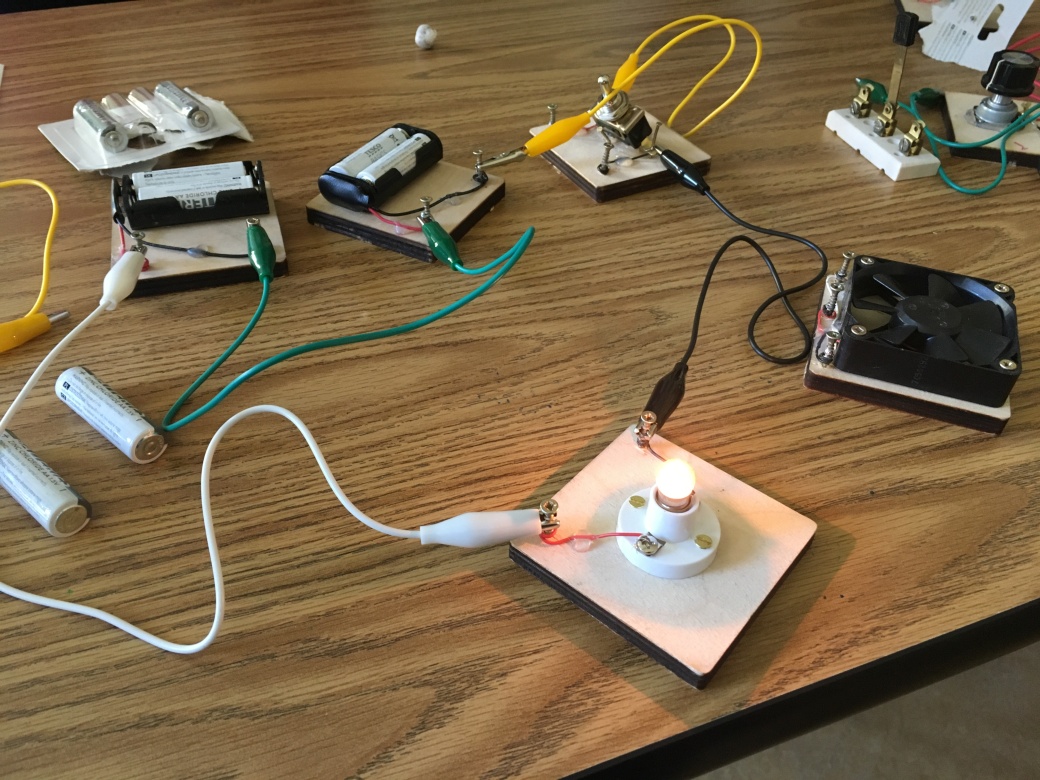 Playing with circuits for the first time, this was a lot of fun!

Overall, it was a great experience and I will probably try to attend another in the future. But by the end of 4 days with near constant focus, socializing and intense thinking and discussion, I was ready to switch gears and start spring break.

In one of my favorite cities in the world, Florence!

But wait, rewind… before we can get to Florence, there’s the luggage situation to discuss.

Ah Italy, you tricky minx. For some reason my bags always get lost if they get checked through an Italian airport. We’ve experienced it several times with Alitalia (worst airline ever!) and now with AirBerlin. I didn’t want to check the bag, but alas, my pottery purchases in Warsaw pushed the weight over the edge and they wouldn’t let me carry it aboard since the plane was so small.

Which is exactly what happened.

So, long story short, I finally managed to purchase a ticket on a later train to Bologna, and then magically, while I was on that train, they let me stay, even though I didn’t technically have a seat, since it was then going on to Florence. I arrived 4 hours later than we had planned. But I got there in one piece, reunited with Ryan and was immediately rewarded with pasta and cream puffs, so life was good.

I love Florence. I love it for its’ tiny, twisting streets, the food, the art, the people, the weather, and for the most gorgeous building in the world. 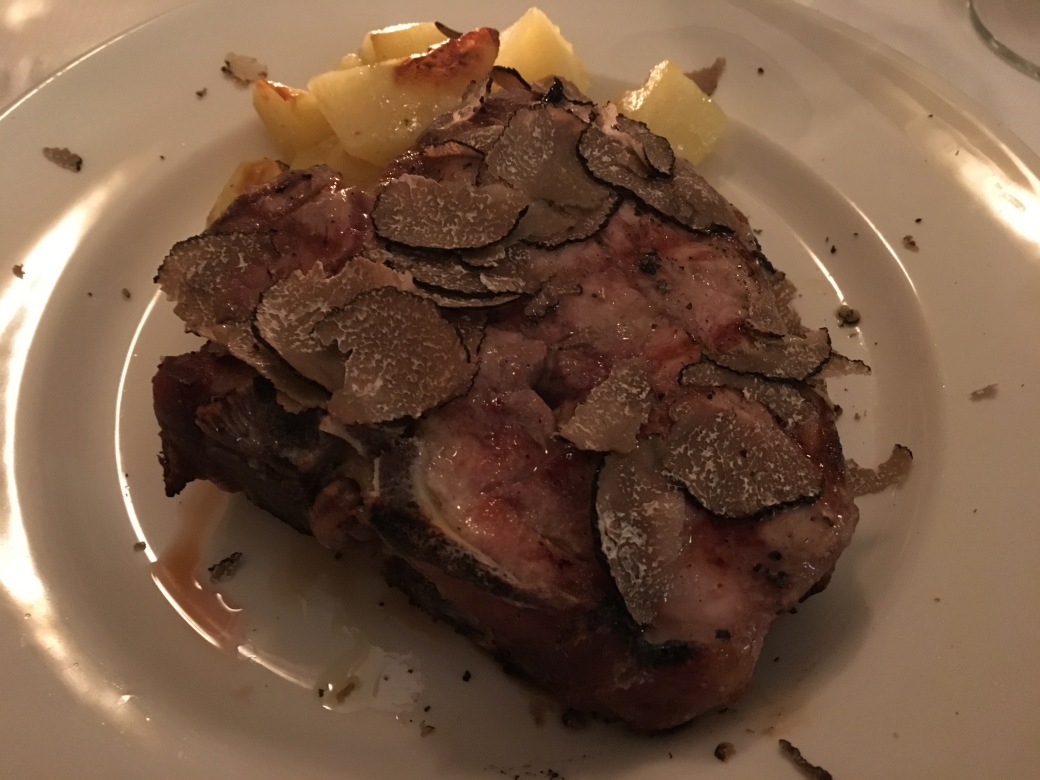 If you’ve never experienced Il Duomo in person, it is very hard to describe because it is truly larger than you can imagine. Yet it’s still packed into the very heart of a rather small city. You see it peeking at you through nearly every street, like a game of hide and seek with a masterpiece. 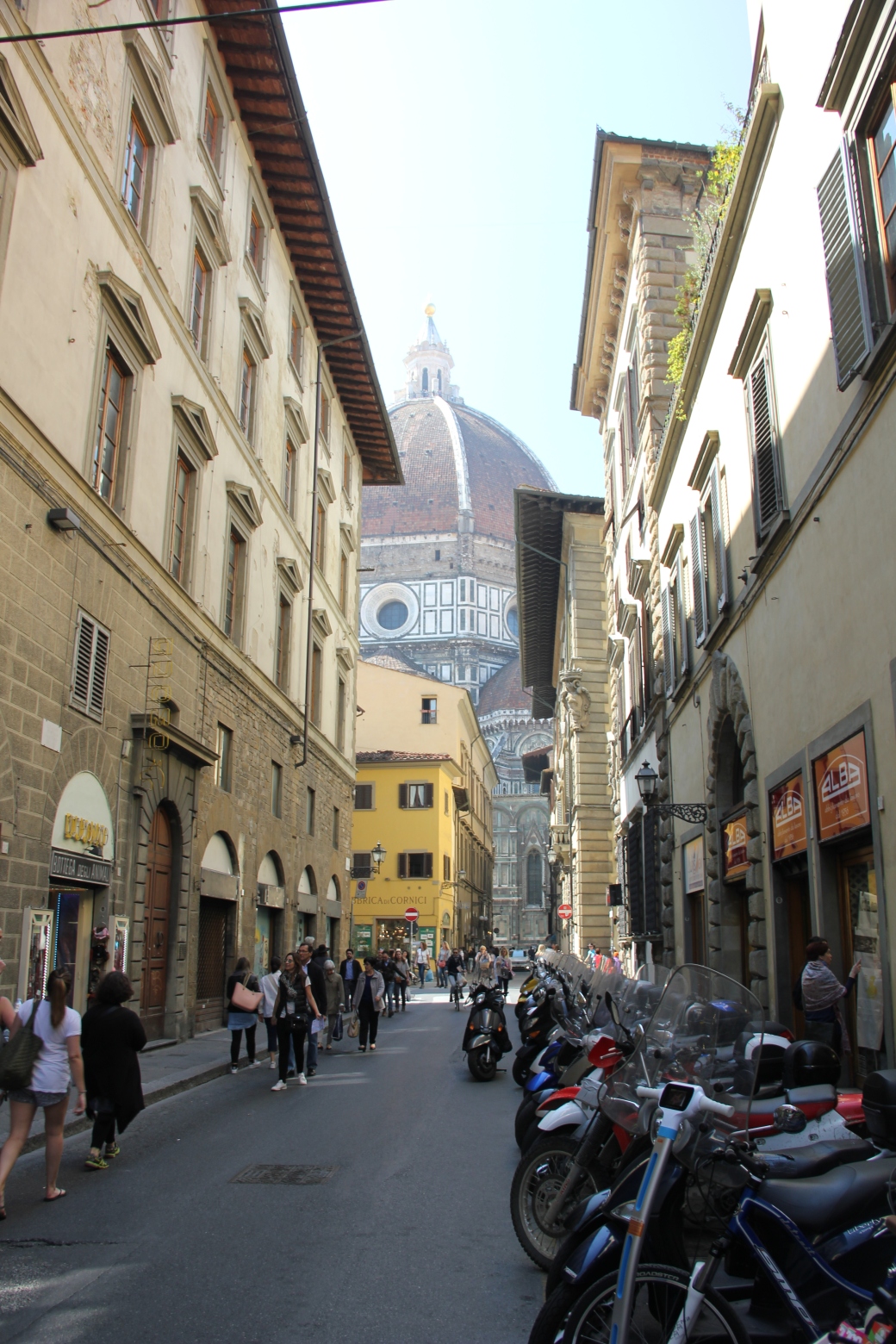 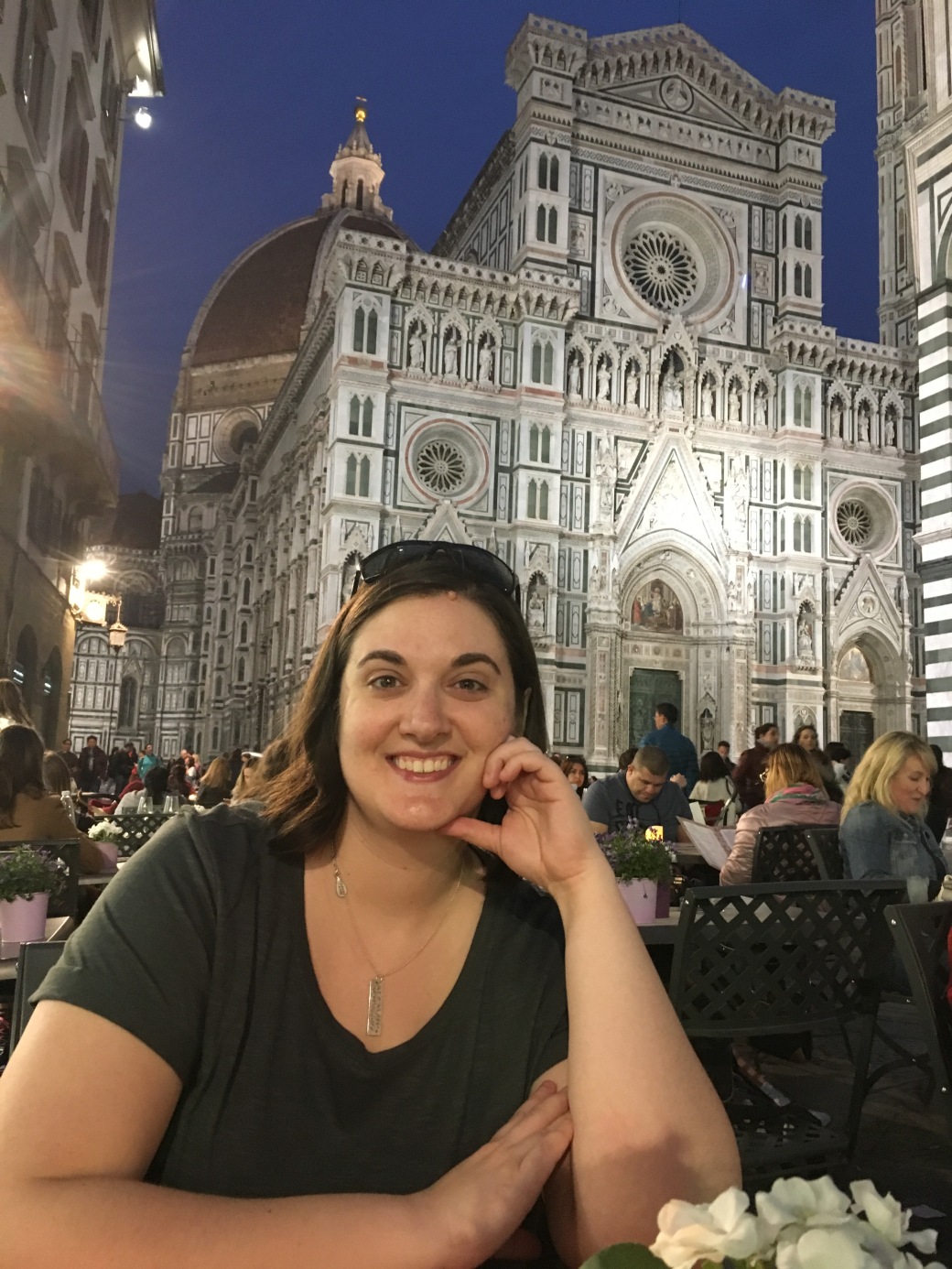 Every time we walked through the square, we would have to pause. It really catches your breath. You can’t capture the whole thing in a photo, and it even feels like too much to take in when you’re standing there. Getting to have dinner at the feet of this beauty was pretty amazing.

We spent our week going to museums, taking long walks and long naps, and eating our body weight in pasta, pizza and gelato. 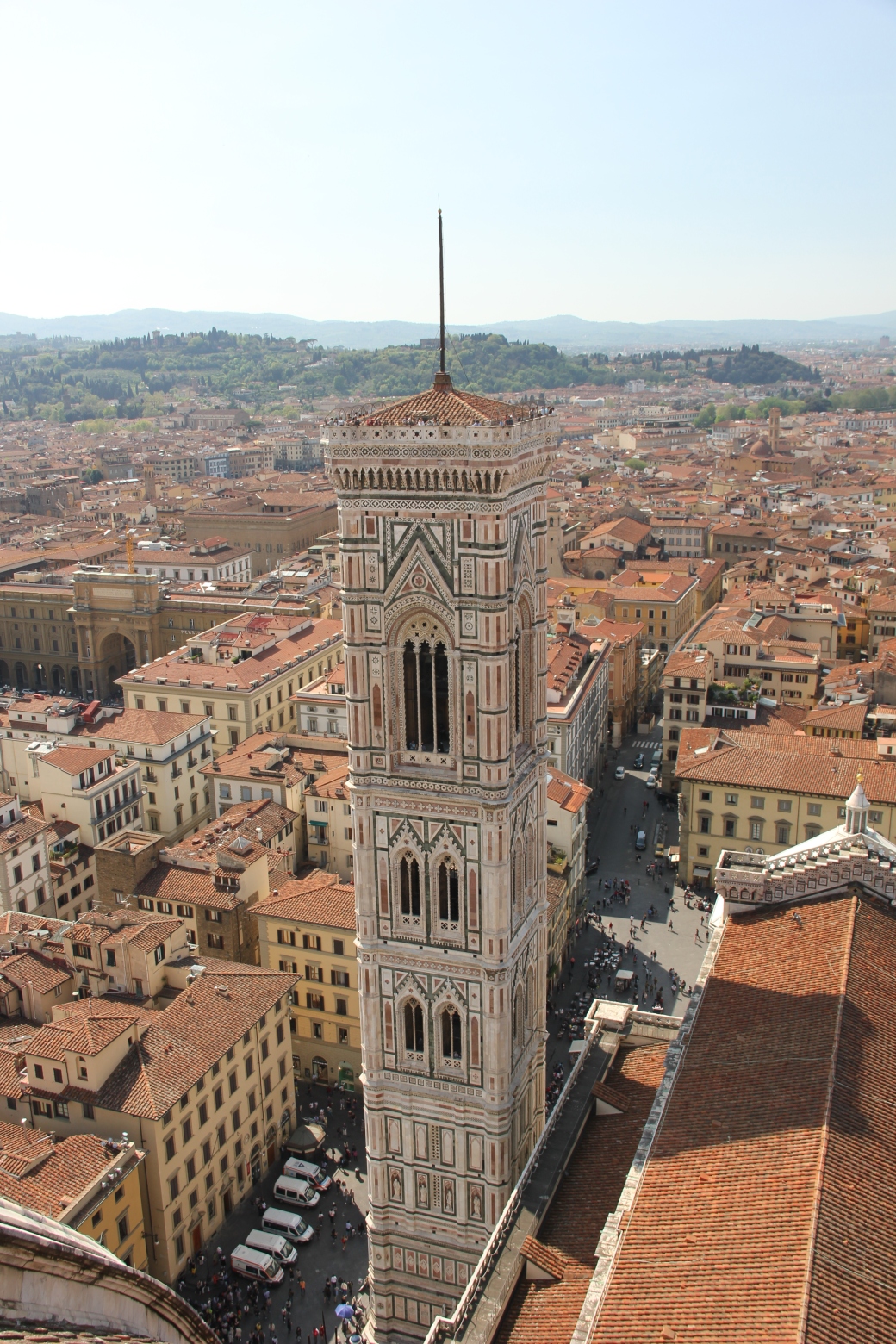 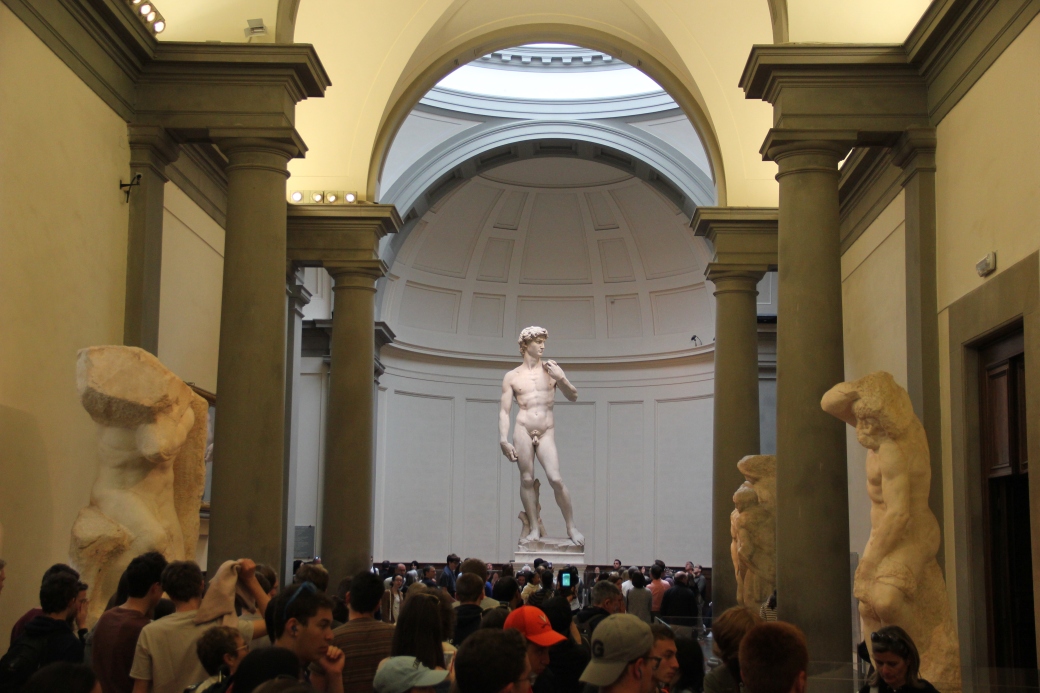 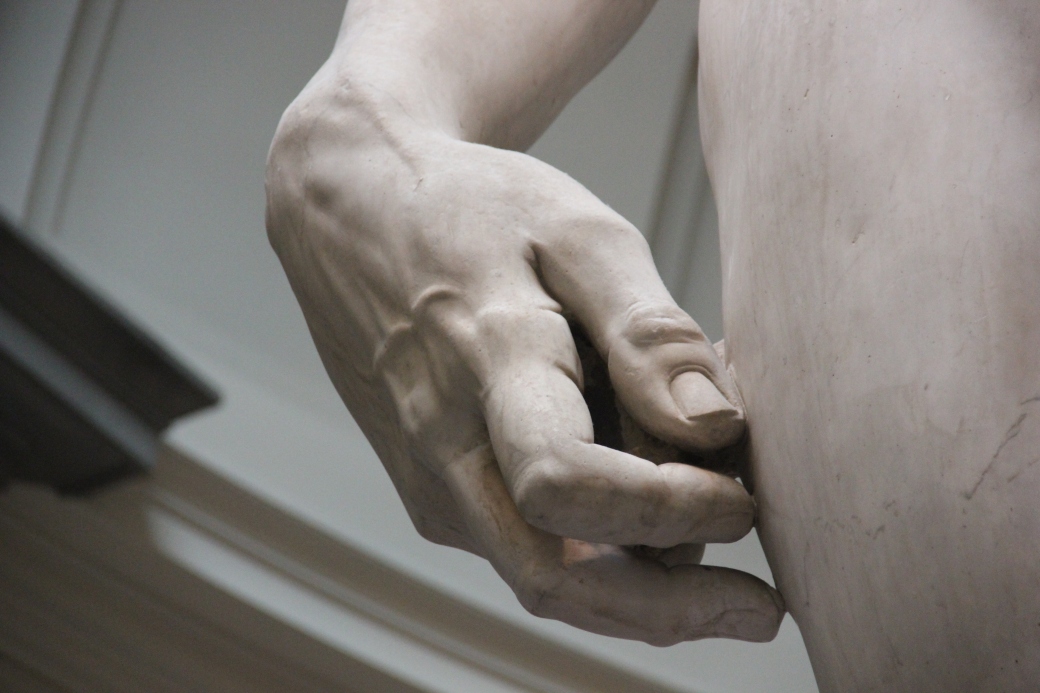 The David is my favorite sculpture and his hands absolutely slay me. If you’ve ever doubted the genius of Michelangelo, one look at this hand is all you need to understand just how brilliant he was. That is marble. He carved that amazingly lifelike hand from a rock!

Then we rented bikes and went all over the city, even up to Piazzale Michelangelo. Which is a big hilltop square that overlooks the entire city. 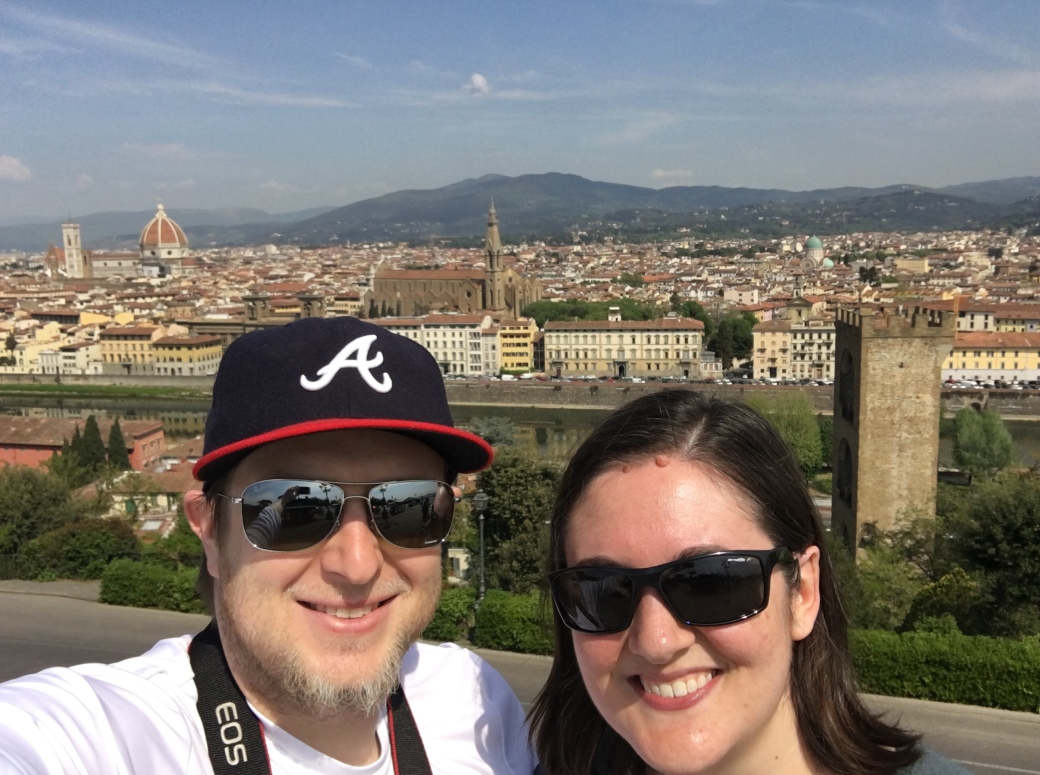 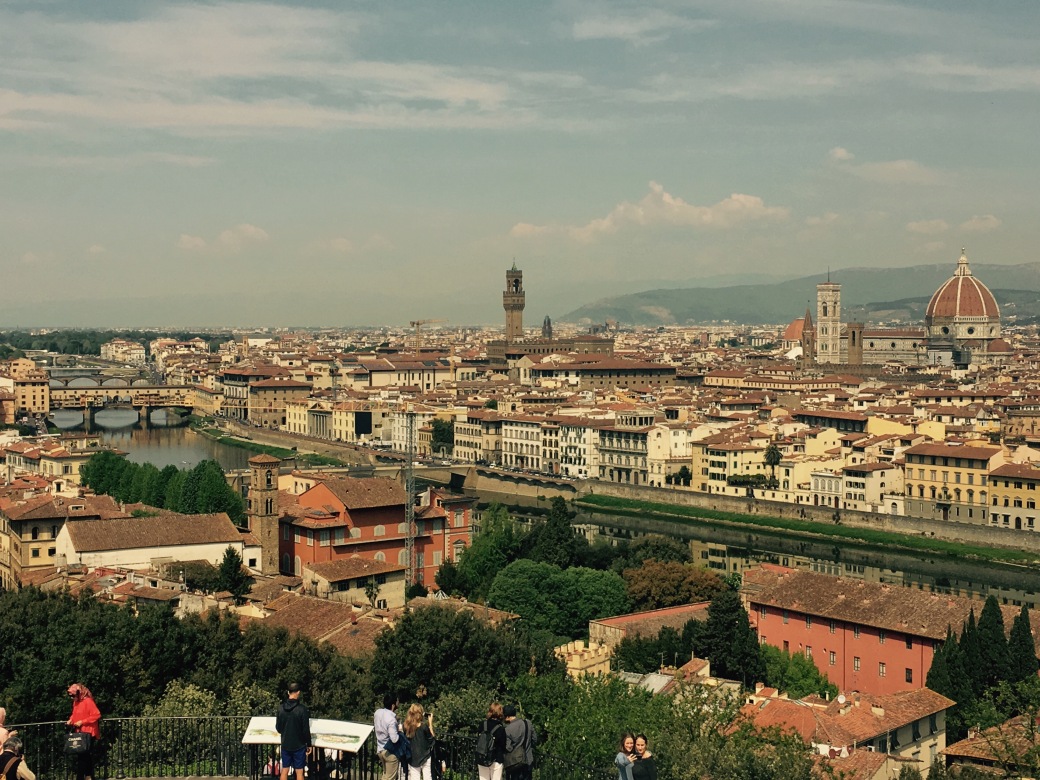 It was a pretty fabulous trip, and my bag even decided to join us for the last evening in Florence, which was handy because we had one last stop in Italy before returning to Moscow.

One of Ryan’s college professors has a brother who is a professional opera singer. And since Ryan took so many classes from her and got to know her well, it became a goal of his to one day see the man sing.

Stars aligned and we had tickets to a concert in Milan to see Thomas Hampson sing the german operas of Schumann and Mahler.

It was a beautiful theater, and his voice was incredible. But I came to the realization that German is not the most musical of languages. So while I appreciated his training, voice and the piano music, as Q would say, “it’s not my favorite.”

It did give us the chance to dress up, for Ryan to learn how to tie a bow tie, and to have a nice glass of champagne at intermission.

Then it was time to fly home to the wee ones. They seem to have gotten along just fine without us.

We had some work to do around the house, and some Easter eggs to find! 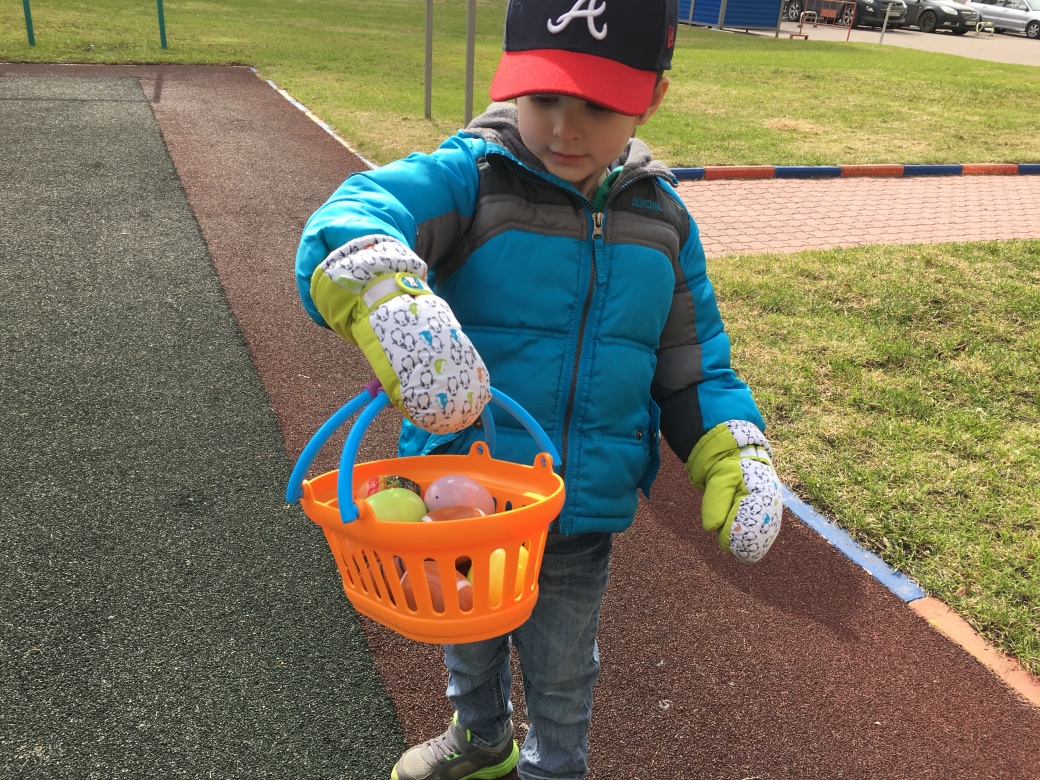 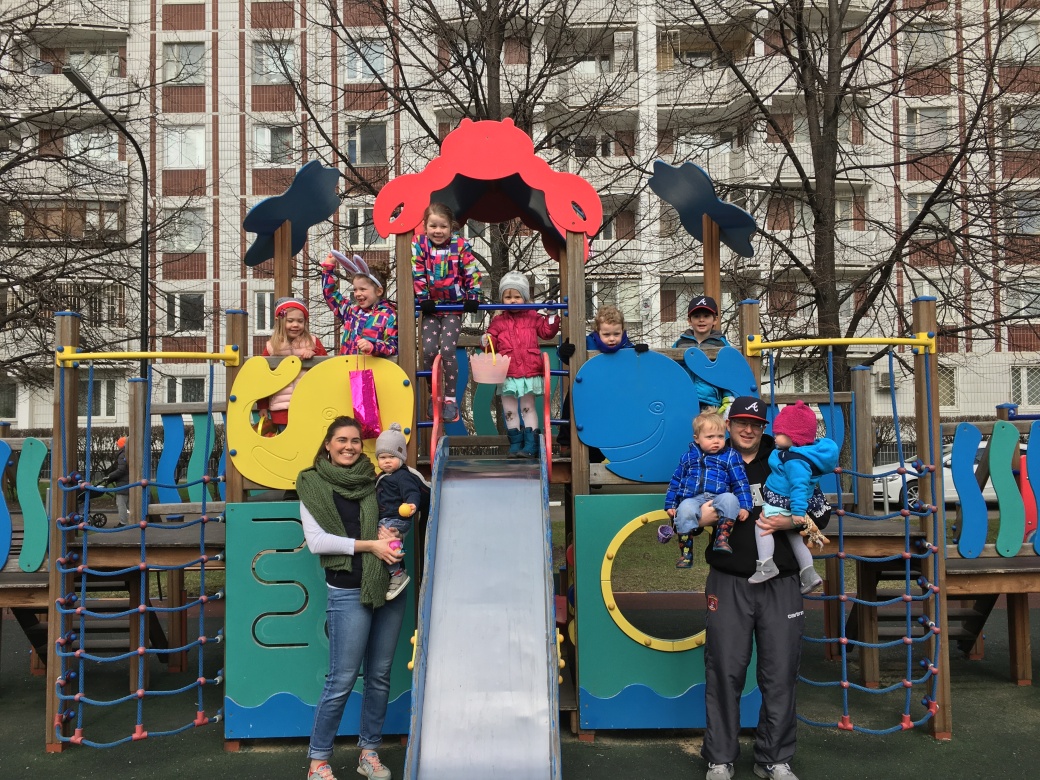 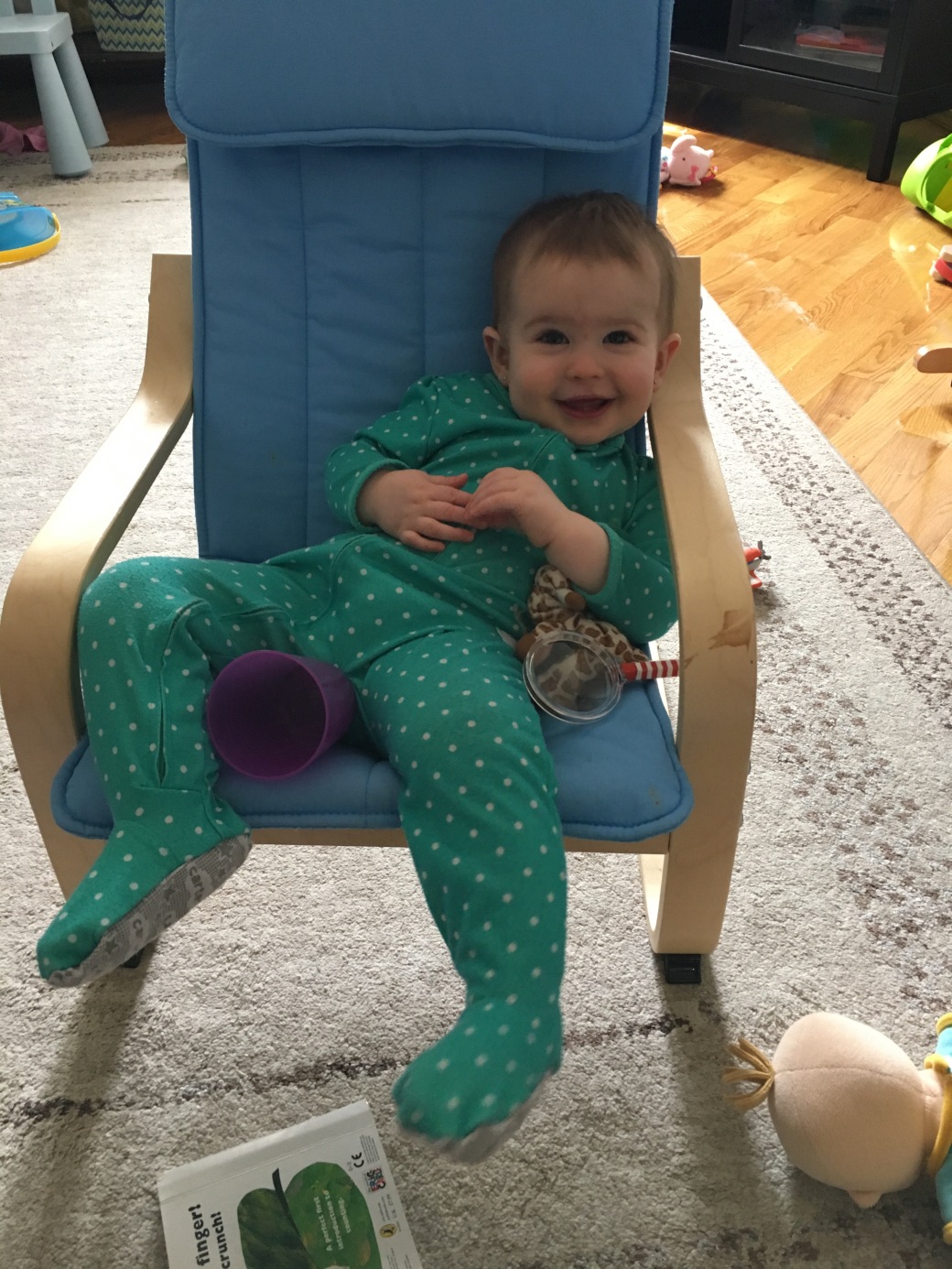 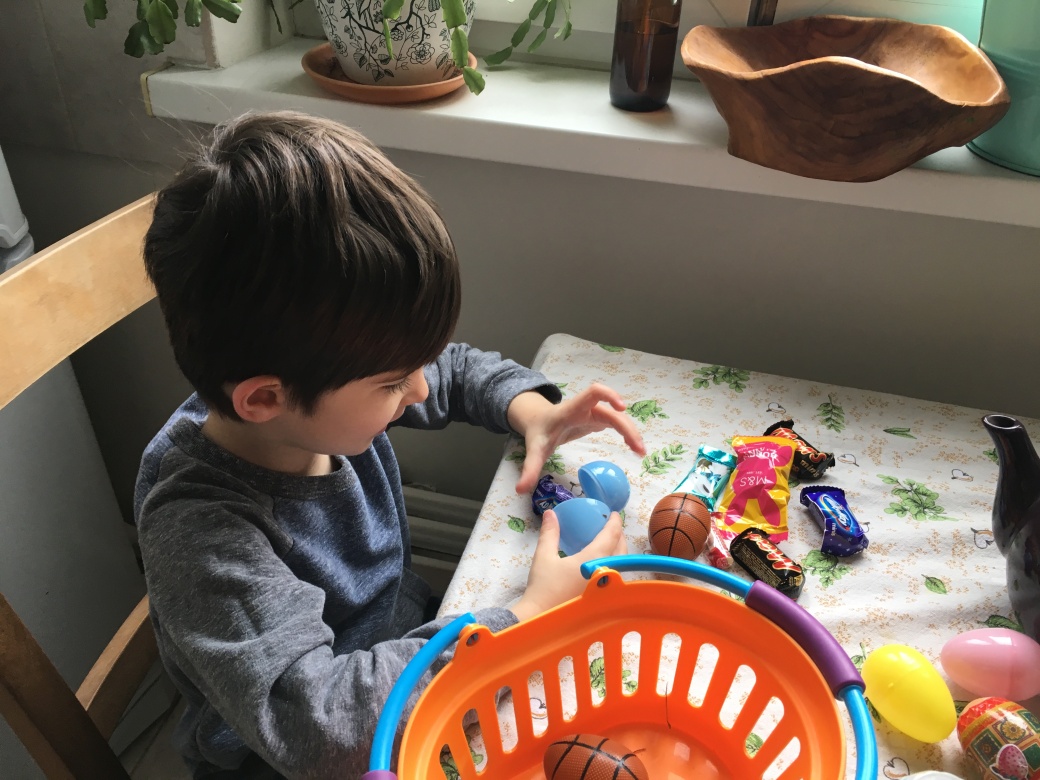 It’s been a busy couple of weeks. When is our next vacation?

View all posts by Devin

One thought on “Warsaw, Florence, lost luggage, oh my”